The activity of the Foundation is coordinated by Arh. Alexandrina Ardelea – Dana Ardelea
° DANA ARDELEA was born in Brasov.
She worked as an architect in Bucharest, but she was very keen on folk art, and she also liked graphics and ceramics.
° Starting 1984, she chose to design clothing for children. First as a collaborator and later as member of The Plastic Artists Union, she created models of Romanian folk inspiration, combining various materials and accessories in a harmonious geometric and colorful design, with a subtle romantic manner.
In 1990, DANA ARDELEA formed the first modeling group for children between 7and 19years old, and she presented them to the Romanian and foreign audience, in a large number of collective personal exhibitions and in fashion shows for children.
In 1990 she was awarded the First Price at a national contest organized by the Nottara Theatre, in the section dedicated to children clothing. Then she had 6 fashion shows in Romania, 2 fashion shows in France, Italy, 2 fashion shows in Austria, Germany, Hungary.
In the summer of 1998 she established the “Dana Ardelea” Cultural Foundation, with the following main objectives:
• Supporting and promotion of various forms of artistic expression performed by capable children and teenagers with difficult social problems.
• Material support of those in need.
• Promotion and affirmation in domestic and international public life of young talented persons, by organizing and taking part in humanitarian shows, festivals, national and international exhibitions, contests etc.
• Preserving and promotion of national spiritual traditions and values. 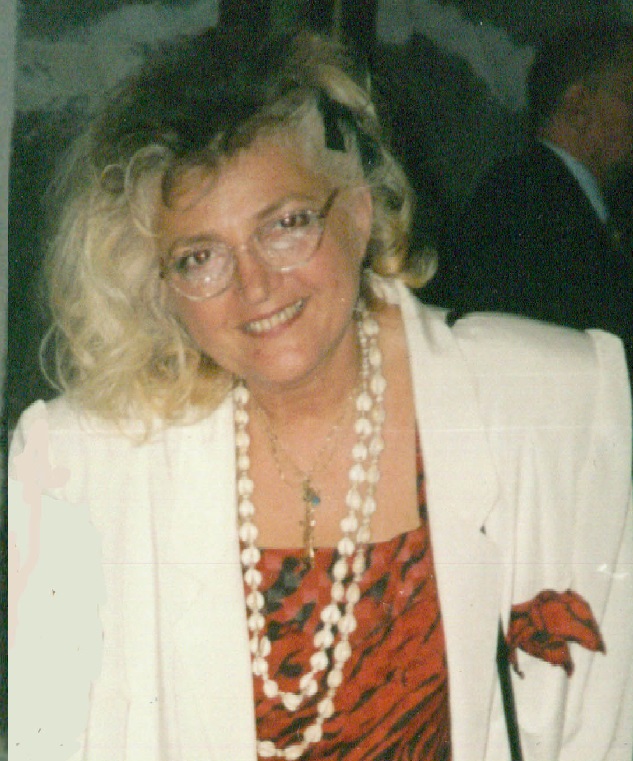 She practices architecture in Bucharest,but she is strongly attracted by folk art, flirting with graphcs and ceramics.

Since 1984, she has definitively chosen clothing design for children. First a collaborator and later on member of the  Plastic Artists Union, she has created models  with Romanian folk inspiration, she combines various materials and accessories in a harmonious  geometric and colorful  design, with a subtle romantic manner.

The aspect of „design”comes from  the soft lines  of the figure,  which tends to regular  geometrical form. The author,  working  in the domain of architecture  design,  is  accustomed  to  the  rigorous  construction  of  volumes.

The flat outlines the dress  is made up of are usully underlined by contrasting hemstitches, which clearly marks the plastic intentions.

– Vaduz originally from Brasov.
– practice architecture in Bucharest, but is strongly attracted to folk art, flirting with graphics and ceramics.
– Since 1990, establishes definitive fashion creation for children.Colaboratoare and member of the Plastic, hand craftsmanship done with his Romanian folklore-inspired models, combining different materials and accessories in an overall geometric and color-balanced with a subtle romantic way .
Country Get v Prize in 1990 – Theatre Nottra for creative children’s clothing.
– In 1990, the first group Vaduz minimanechine form, which is presented to the public at home and abroad in numerous solo exhibitions, collective fashion shows for children, festive days.
Theme of fashion for children folk inspiration is:
“From Romanian traditional costume on a stylized clothing for children.”
– “For many years, public expose Vaduz, clothes for girls and boys, providing very successful plastic composition solutions. They happily combines the rigor of modern design refinement Romanian traditional costume, plus the magic of childhood fairy tales.

The appearance of “design” is given by the smooth contours of the figure, which tends to regular shapes. The author, working in the field of architectural design, is used to the rigorous construction volumes. Planar contours making up the dress are usually highlighted by contrasting hems, marking intentions clear plastic.
Folk breathing is done in an intelligent and sensitive, in the garb of old models being processed, no details, but the basic principles, simple cuts or agreements vivid colors, but lacking stidenţe with little embroidery and contrasting stripes pace “. (Dr.Prof.Univ. Adina Nanu – Bucharest)
– “Note feature clothing for children proposed by combining the artist’s romantic vision retro testified that, turn to the charm of the once precious laces, celebrate the memory port of Brasov County native, defined by the austere elegance of the ensemble customary exuberant accents.
Marking silhouette economy waist and bust adorning subtle foothills extensive textile collages that wear the profusion of lace, – is a constant overall concept.
Stylistics propose so from an early age a strong femininity stated by the imagination and exuberance of decorative kept celebrate – jovial, designed to dress and incite equally all times of the day. “(Dr.muzeograf Dir. Brâcovenesc Mogoşoaia Palace Museum – DOINA MANDRU Bucharest.)